Lionel Messi has informed Barcelona he wants to “unilaterally” terminate his contract with the Spanish giants, a club source confirmed to AFP on Tuesday.

Lawyers for the Argentina star sent Barca a fax in which they announced Messi’s desire to rescind his contract by triggering a release clause, sending shockwaves throughout the world of football.

However, the club maintains the clause expired in June and that he remains under contract until the end of the 2021 season.

“In principal, this clause expired on 10 June, but the unusual nature of this season disrupted by the coronavirus opened the way for Messi to ask to be released from his contract now,” wrote Spanish sports daily Marca.

“It’s the first step towards opening negotiations over his departure, on the basis of which his release clause amounts to €700 million.”

The six-time Ballon d’Or winner is the club’s record scorer with 634 goals and has won the Champions League four times.

But his future at Barca was thrown into doubt following a humiliating 8-2 loss to Bayern Munich in the Champions League quarterfinals in Lisbon 11 days ago.

The humbling defeat sparked drastic changes within the club. Coach Quique Setien was sacked after barely six months in charge while sporting director Eric Abidal was also dismissed after Barca’s first season without a trophy since 2007.

Argentine sports daily Ole described Messi’s wish to leave as a “complete bombshell”, but the Argentine has had regular disagreements with the club’s board in recent times.

‘MORE OUT THAN IN’

According to Spanish media, Messi met with new Barca coach Ronald Koeman last week and told the Dutchman he saw himself “more out than in” the club.

Since his appointment Koeman has reportedly told Luis Suarez he is no longer part of Barca’s plans, delivering a similar message to Arturo Vidal, Ivan Rakitic and Samuel Umtiti.

Bayern’s demolition simply exposed Barca’s ageing team for what Messi has been saying all along: they are simply not good enough.

He said it in February and again in July, when a rant in the aftermath of handing Real Madrid the title turned into a brutal, but honest, assessment of their season.

As his relationship with the club hierarchy grew increasingly strained, Messi also reacted publicly when Abidal appeared to blame the players for the sacking of Ernesto Valverde in January.

He also led the fightback from the Barcelona players over a dispute with the board in March regarding pay cuts during the coronavirus pandemic.

“When you shut a tiger in a cage, he doesn’t give in he fights back,” tweeted Vidal.

Messi’s reported salary of nearly one million euros per week would limit the number of potential suitors, with Manchester City, Paris Saint-Germain and Inter Milan three clubs linked with an audacious swoop for one of football’s all-time greats.

“I don’t see him anywhere else. I can’t believe it. I prefer to think it’s an ultimatum given to management for Bartomeu to go,” said Ruben Tejero, a 28-year-old Barca fan among a group of around 100 supporters who gathered in front of the Camp Nou, calling for the resignation of under-fire president Josep Maria Bartomeu. 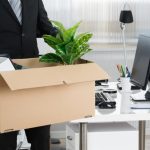 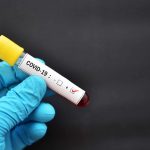