By ALICE NACHILEMBE
A-15-year-old girl has told the Chingola Magistrate Court that her step father is responsible for her six months pregnancy.

The minor told the court that she was sexually defiled on several occasions by her step father.

The victim told Magistrate Stephen Mabona that she can’t remember the dates when it started but her step father one night went to her room and asked to have sex with her but she refused and that night he didn’t achieve his mission.

She went on to explain that again after few days he went to her room and this time he forced himself on her and threatened to kill her if she told anyone.

The victim who was not aware that she was pregnant until her mother confronted her.

She was then taken to the clinic where it was discovered that she was six months pregnant.

This is in a matter in which Enock Kapenda 27, of Soweto a security guard is facing one count of sexual defilement contrary to the Laws of Zambia.

Particulars of the offence are that Kapenda on dates unknown but between February and February 28, 2020 unlawfully had canal knowledge of the girl under the age of 16.

Magistrate Mr Mabona has since adjourned the matter to September 7, 2020 for continuation of trial. 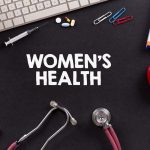